The end of February brought the passing of a remarkable man, a giant in the health care world to many of us. Dr. Stuart Farber was a prime instigator of palliative and patient-centered end-of-life care in the Pacific Northwest. He died on February 27 at his home in Tacoma.

After serving as a family physician for 17 years, Dr. Farber began devoting his life to this work by serving as: 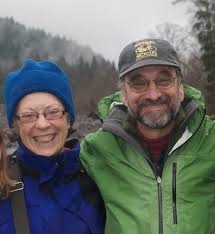 As Dr. Susannah Taylor said: “Dr. Farber is our hero and inspiration, the light in the room, the twinkle in everyone’s eyes. … We keep going into the rooms of perfect strangers, doing our best to be Stu, to carry with us that special thing (he) taught us: the fearlessness of human intimacy, the courage of mindfulness, and the joy of each moment we have with each other.”

With the prevalence of chronic, long-term illness in our world, there is an ever greater need for respectful palliative and end-of-life care. His legacy will be continued at UW Medicine by the Stuart J. Farber MD and Annalu Farber Endowed Professorship in Palliative Care Education.

Dr. Farber was also a huge influence on WSHA’s “Honoring Choices” work, which provides a wealth of information and resources to patients and providers. We are grateful for his calm and thoughtful presence in our lives. 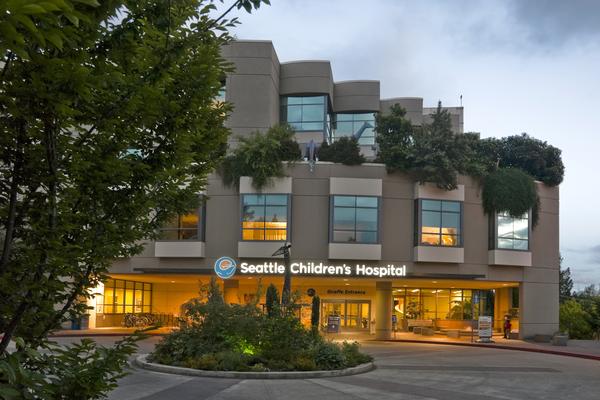 Seattle Children’s and Mayo Medical Laboratories recently announced they are creating a partnership to develop ways for children’s hospitals around the country to decrease costs and errors that come from unnecessary lab testing.
Read the Puget Sound Business Journal story.
The cost and frequency of genetic testing is high in health care, and national health reform is forcing hospitals and providers to rein in those costs. However, genetic testing is expected to be done more frequently and in the long run, increase health care costs by as much as $25 billion by 2021 (Los Angeles Times).
Under the partnership, information will be shared between Seattle Children’s and Mayo Labs to avoid situations where, for example, 20 tests are run at one time to see which one is needed. The goal is to help shrink that number and run the right test the first time. (Ed Boyle, edb@wsha.org) 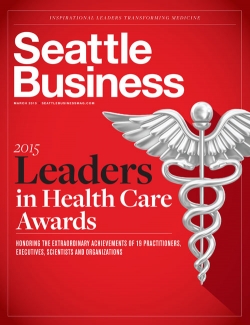 Seattle Business Magazine recently featured several WSHA members as Outstanding Leaders in Health Care—and several of their award winners are board members and thought leaders for WSHA as well.

The magazine wrote: “While change in the health care business is not new, the pace of it is accelerating. Honorees in the 2015 Leaders in Health Care Awards program are at the forefront of unprecedented industry change as innovative problem solvers and inspirational leaders. … Their leadership is fostering creative change to organizations that are being challenged to raise the bar on the quality of patient safety and service while bringing new efficiency to their operations.”

When it comes to innovative, patient-driven, quality health care, Washington State has a lot to be proud of. (Mary Kay Clunies-Ross, marykaycr@wsha.org)

The Office of the Inspector General (OIG) released a report this week detailing the rise in swing-bed reimbursements to critical access hospitals (CAH), and recommending that CMS seek legislation to adjust CAH swing-bed reimbursement to the lower skilled nursing facility (SNF) rates. The report finds that in 90 of 100 sampled facilities, an alternative SNF is available within 35 miles. WSHA rejects the notion that the presence of a facility within 35 miles equates to access. This approach also ignores the burdens placed on patients and families when they are transferred and treated far from home.

Read an AP story about the report, including CMS’ comments about the threat to access and the burden to patients and families.

WSHA and others have numerous concerns about the report’s methodology and conclusions. While it is unlikely that CMS will act immediately, the report is part of a trend of threats to the CAH program as it exists today. These difficulties represent a larger imperative that CAHs position themselves strategically so that they can continue to provide access to critical care services in their communities.

You can read the full report at here. For more information contact Jacqueline True, jacquelineb@wsha.org.

In April 2015, the HCA will announce which networks will manage the ACP over the next five years. The ACP will be a new Public Employees Benefits Board option offered to state employees and their families starting on January 1, 2016. The ACP will pay providers deferentially based on evidence, performance, value, and quality, and that emphasize primary care and coordination of care. The HCA aims to drive 80 percent of state-financed health care and 50 percent of the commercial market to value-based payment by 2019. (Chelene Whiteaker, chelenew@wsha.org)

The March 6 Population Health Conference was a great success, with more than a full house in attendance. The program focused on breaking down silos between different parts of the health care system and engaging attendees in meaningful conversation about population health. The conference’s speakers were well-received and there was a lot of great conversations happening during the breakout sessions. The most popular session focused on diabetes management, which is clearly an issue that has a lot of concerned.

Connecting on important topics that hugely impact population health is an important part of the health care integration plan. We look forward to working with our partners in health care, public health and state leadership to achieve these goals.

WSHA is recruiting a Director of Quality and Performance Improvement to specifically support critical access hospitals (CAH) in their key quality and patient safety initiatives. If you or someone you know would be interested in the Director of Quality and Performance Improvement role, please contact Amber Theel at AmberT@wsha.org or 206-577-1820. There may be opportunities to work remotely. The complete job posting can be viewed here.

In addition, WSHA has also contracted Susan Rivera-Lee whose extensive background in core measures and performance improvement is available to you now for MBQIP assistance. She can be reached at svrlee@hotmail.com or 360-791-3505. (Amber Theel, AmberT@wsha.org)

Seattle Children’s announced that Dr. Jeff Sperring was named the new Chief Executive Officer, effective early May. Sperring, who currently serves as president and CEO of Riley Hospital for Children at Indiana University Health, will continue to implement Seattle Children’s 2012-2016 Strategic Plan, with the goal of carrying out the hospital’s mission to prevent, treat and eliminate pediatric disease. Prior to taking the role of president and CEO at Riley in 2002, Sperring served as Riley’s Chief Medical Officer, Associate Chief Medical Officer and Director of Pediatric Hospital Medicine. To read the full article about Dr. Sperring’s new role, click here.

Dr. Sperring will replace current CEO Dr. Thomas N. Hansen, who will retire in May after 10 years of service. Thank you for all you’ve done for Washingtonians Dr. Hansen and welcome to Washington Dr. Sperring! (Danielle Kean, daniellek@wsha.org) 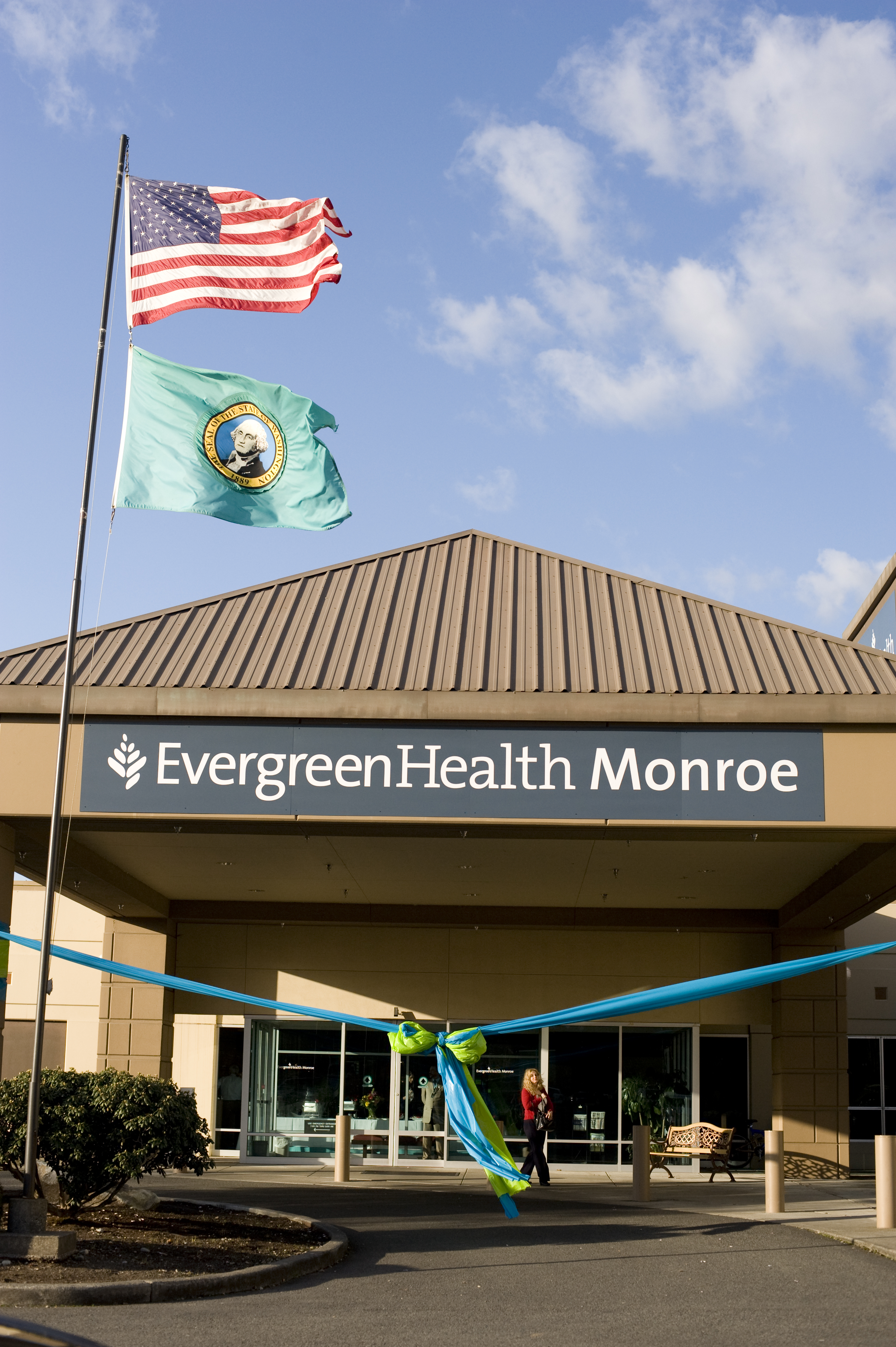 Valley General Hospital is now officially EvergreenHealth Monroe, formally honoring its phased alliance agreement with EvergreenHealth Tuesday, March 2 with a ribbon-tying celebration. Meant to celebrate new ventures, the act plays off the traditional ribbon-cutting ceremony, and kicks off a new era in health care for the hospital. With this name change comes a marked improvement in fiscal performance and the stabilization of hospital operations and procedures.

“This is really an important step,” said EvergreenHealth Monroe Chief Executive Officer Eric Jensen. “It’s going to ensure the health and well-being of our community long into the future.”

To read more about this new merger, and the future of EvergreenHealth Monroe, read the Monroe Monitor story here.

Hospitals have one of the highest rates of worker injury of any industry. In 2014, as part of the Leading Edge Advance Practice Topics (LEAPT) initiative, a diverse group of nine hospitals piloted new best practice bundles on safe patient handling and executive rounds for safety. They credited their success – reducing their employee injury rate by 10%, and the severity of worker injuries by 14% – to these bundles, especially to the practices that increased venues for communication about worker safety, such as executive rounds.

We have a great new video we have added to the new WSHA Videos page on our site that explains the Safe Deliveries Roadmap Initiative and the work WSHA is doing to to improve maternal and infant outcomes. Check it out when you get a chance, and take a look at the other videos we have up that can help explain the other programs WSHA is currently supporting to provide patients a quality health care experience.